A better way to win a bet

How one punter made a bookie score an own-goal

The World Cup is on its way, so bets are being made left, right and centre-half. You might pick the right two teams for the final, perhaps even the right score - but when it comes to beating the bookies, you'll never match Ray Spiller for sheer front. 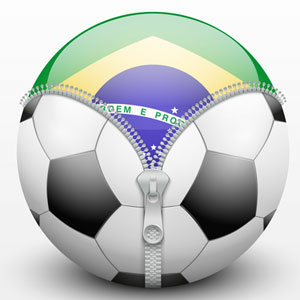 Ray was a founding member of the Association of Football Statisticians. He supplied facts and figures to all the major broadcasters and newspapers. If they needed to know the last time Burnley had beaten Wigan 3-2 at home, Ray was their man. A garage full of press cuttings and a head full of trivia made him a very nice living. Not just from Match of the Day and the Mirror either - he took a few quid off the bookies too. On one occasion, however, he did so by a slightly roundabout route ...

Ray had noticed that it wasn't that uncommon for a player to score five goals in a match. It didn't happen every season, but the 66-1 being offered by one bookie was way out. So Ray had £100 on it. If any player in any of the top four divisions scored five goals in any match that season, £6600 would be coming Ray's way.

When Man Utd hosted Ipswich Town, then, and Andy Cole scored a hat-trick, then added a fourth, Ray got very interested. Goals kept flying in (the match would end 9-0, still a Premiership record), and every time Five Live went back to Old Trafford Ray's heart beat a little faster. Finally came the words he'd been longing for: ‘Andy Cole has got his fifth!' Followed by some more that weren't so welcome: ‘Although ... there was a deflection off a defender ... so we don't know if it'll be given as an own-goal or not.'

The issue still hadn't been resolved when Ray called the bookies on Monday morning. ‘Come on,' he said to them, ‘pay up.'

‘We haven't had an adjudication yet,' came the reply.

‘Who do you go to for your adjudications?' he asked.

‘The Premier League themselves,' said the bookies.

Ray gave a silent smile. ‘Go on then,' he said. ‘You call the Premier League.' Because what Ray knew, and the bookies didn't, was that the man the Premier League went to decide on own-goals was ... Ray Spiller.

Sure enough, a few minutes later the phone rang. It was, surprise surprise, the Premier League. ‘We've just had a bookie on the phone,' they said. ‘Apparently some punter's got a bet on, and we need to rule on whether Cole's fifth was an own-goal or not.'

Ray gave it some careful consideration. ‘Well, I think on balance we've got to give it to Cole, haven't we? Seems only fair on the man. Five goals is a great achievement.'

It was indeed. And, when Ray put the phone down again and it rang a few minutes later, those five goals were also worth a shade over six and a half grand.