Craze for the Krays

What Ronnie asked for in a Pall Mall club

All those reviews of Tom Hardy in Legend are right: he's terrific - twice. You completely forget that it's the same man playing both Kray twins, not just because the ‘in shot simultaneously' trickery is used sparingly (though when it is it's brilliant), but also because Hardy has put in two majestic performances, either of which would have stolen the show. So for two hours you watch a man trying to steal from himself. Given the subject matter, this is fitting. 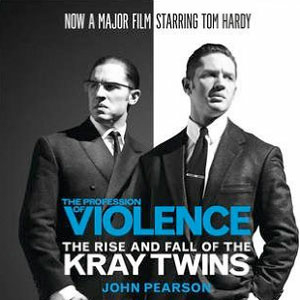 I'm particularly chuffed for John Pearson, the man whose biography of the Kray twins, The Profession of Violence, inspired the film. Finally there's a movie that does justice to the book, and to John's theories about why the Krays continue to fascinate us. (They certainly fascinated him, a Sunday Times journalist who before he met them had been as far removed from their world as you could imagine.) Despite what some of the reviews have said, I think Legend is brutally honest about how vile they were, while at the same time exploring the complications of their relationship, both with each other (Reg torn between despair at and loyalty to his psychotic brother) and with everyone else. You don't have to condone a single one of the Krays' hideous crimes to ask whether their ‘evil' might not be anything more than an absence of good, an absence of the discipline and restraint the rest of us choose to impose on ourselves. Would we do the same in their position? Ever seen a toddler snatch a toy off a playmate?

I know John Pearson a little, and interviewed him for my book about London, Walk the Lines. He gave me so much great material about the Krays, a lot of which underlined (and this is somewhere else the film scores highly) that they were the perfect illustration of comedy and tragedy being the same thing. Ronnie Kray might have been a terrifying figure, but he was a ludicrous one as well. Here are five facts which give you a flavour of that:

1. Annoyed that his brother's wedding was being disrespected by the congregation's feeble renditions of the hymns, best-man Ronnie marched up and down the aisle shouting: ‘Sing, f*** ya, sing!'

2. When the Tory politician Lord Boothby took Ronnie to his Pall Mall club and asked him what he wanted to drink, Ronnie replied that he'd ‘always wanted to try one of those prawn cocktails'.

3. After Ronnie shot Teddy Berry, a member of the ‘firm', in the knee during ‘a little misunderstanding', he apologised by giving Berry a pub.

4. When Ronnie murdered George Cornell in the Blind Beggar, the jukebox was playing The Sun Ain't Gonna Shine Anymore - the shot caused the needle to stick on the word ‘anymore'.

5. Melford Stevenson, the Old Bailey judge who sentenced the Krays to 30 years, said they only told the truth twice in the whole trial - once when Reggie called a barrister a ‘fat slob', and once when Ronnie said the judge was biased.