Michael Caine and the Tube

It's been great to soak up the Tube trivia this week, as the grand old network celebrates its ton and a half. The facts about the system itself are legendary, from Mark Twain being a passenger on the Central Line's first ever journey, to Canary Wharf station being big enough to house 1 Canada Square. But some of my favourite tales are the ones where the Tube plays only a bit part. They sum up the way the Underground is just there, part of London's fabric. One of the best is the story of Michael Caine and the telephone in Leicester Square station ... 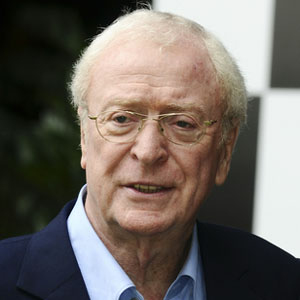 It's well known that the star was born Maurice Micklewhite. Never going to get to Hollywood with that as your moniker, so he changed it. But what's less well known is that at first he changed it to Michael Scott. That's how he was known during his days in rep. One day, calling his agent from Leicester Square station (lots of actors used the phones there - it was near an illegal drinking club they frequented), he was delighted to hear she'd got him a part in a television play called The Lark.

Just one problem: to appear on the box he'd have to join the actors' union Equity, and they already had a member called Michael Scott. ‘You'll have to get yourself a new surname,' said the agent. ‘And quick - I want to get the contract off in the post this evening.'

The future star went and sat in Leicester Square itself, trying to think of a name. As he looked up at the lights of the cinemas, he noticed Humphrey Bogart's latest movie: The Caine Mutiny. The young actor had always been a Bogart fan: the decision was made. Back to the Tube station he went and called his agent. Caine says it was a good job he hadn't been facing the other way, or he'd now be Michael A Hundred and One Dalmatians.

I always think of that story when I use Leicester Square station. That and Wisden (they were one of the original tenants in the offices above the station, a fact marked by a cricket bat and stumps designed into the facade - they're there to this day - look for them on the Cranbourn Street side, about ten feet up). There are thousands of bits of London history linked to Tube stations - people leaving flowers outside Mornington Crescent when Humphrey Lyttelton died, for instance. T.E. Lawrence using the pseudonym ‘Colin Dale' because Colindale was his station during his time at RAF Hendon. Here's hoping for thousands more over the next 150 years.