Baroness Thatcher and the Suffragette

Why Emily Davison hid in the chapel of St Mary Undercroft

Much debate this week as to whether or not Baroness Thatcher helped the cause of feminism. What's certain is that her body is to spend its last night in the same Westminster chapel where the Suffragette Emily Davison once hid overnight. 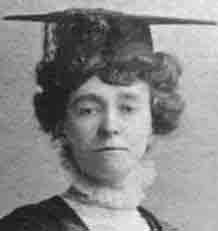 The chapel of St Mary Undercroft, which lies beneath St Stephen's Hall, is where Baroness Thatcher's body will be moved to on Tuesday night, in readiness for its journey to St Paul's Cathedral the next morning. The chapel contains a tiny room, no bigger than a cupboard. These days it just holds switchboards, but on the night of 2nd April 1911 it held Emily Davison.

The suffragette, who two years later would die after throwing herself in front of the King's horse during the Derby, chose this date because it was the night before the census. She was therefore able to record her place of residence as the House of Commons. This despite the fact that as a woman she couldn't stand for Parliament - or even vote.

There's now a brass plaque on the cupboard door recording the event, and Davison's role in gaining women the right to become an MP. In 1959 Margaret Thatcher did just that. It seems fitting that her final night is to be spent just feet from that cupboard.