Boys wearing pink, the invention of the equals sign and why we all talk French

You always miss the stuff on your own doorstep. With dirt-cheap flights to far-off lands, we Brits have got used to exploring the rest of the world. But how much do we know about our own country? Not nearly as much as we should - in my case, at least. So I solved that by travelling from Land's End to John O'Groats in a deliberately slow fashion: by local bus. It took 46 journeys (Land's End to Penzance, Penzance to Truro, and so on) - and it taught me a hell of a lot along the way. Here are my 8 favourite discoveries about Britain: 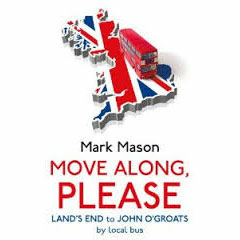 1. We invented the equals sign. Specifically a man called Robert Recorde from Tenby in Wales did, circa 1550.

2. For 300 years we spoke French. After William the Conqueror came over from France and ... er ... conquered us, official business was conducted in his native language. That's why we still say ‘attorney general' and ‘court martial' (i.e. the adjective coming after the noun).

3. The Derby was nearly called the Bunbury. The Earl of Derby beat Sir Charles Bunbury in the toss of a coin for the right to have the race named after them.

4. Until the early 1900s boys wore pink and girls wore blue. As opposed to the other way round as it is now.

5. In Britain you can never be further than 72 miles from the sea. If you want to achieve that distance, you need to visit Church Flatts Farm, slightly south-east of the Derbyshire village of Coton in the Elms.

6. The first motorist to be fined for speeding in this country was doing 8 mph. He was Walter Arnold of Kent, in 1896. The policeman who caught him gave chase on his bicycle.

7. A 1631 edition of the King James Bible missed the third word out of ‘thou shalt not commit adultery'. The printers responsible for the error were fined £300.

8. Bisto stands for ‘Browns, Seasons and Thickens in One'. It was invented in Cheshire by two men whose wives wanted an easier way of making gravy. Now that's true love for you.

All of this (and much, much more) is related in my new book, Move Along Please: Land's End to John O'Groats by local bus (Random House, £12.99). There's lots of reflection too, on what Britain means to me and how I view our national characteristics. The journey destroyed a lot of myths, for instance those about us being a crowded island and all our kids being feral. But as ever it was the trivia that really excited me, not least in the way it shows our sense of humour. The names given to Scottish mountains, for instance. All those above a certain height are known as ‘Munros', after Sir Hugh Munro, the first man to list them. Then recently a category of lower peaks was introduced. They're known as the ‘Marilyns'.