A Journey Round Britain By Postcode

A fact from each of the UK's 124 postcode areas 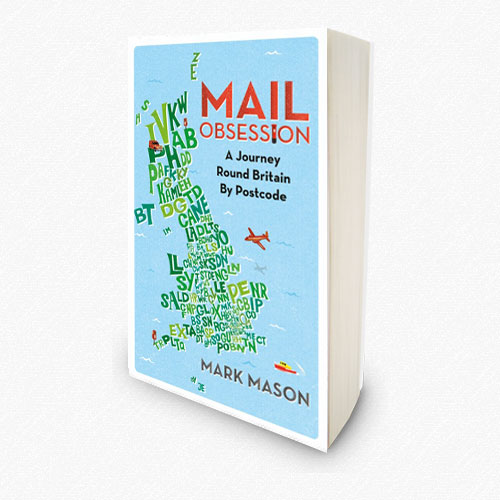 The only problem with this book was deciding what to leave out. There are obviously a lot more than 124 facts in there - before settling on a winner for each postcode area I run through some of the contenders. In SL (Slough), for instance, there is the fact that the Pinewood Studios gong ‘struck' at the beginning of each Rank film was actually made of papier maché, and that Eton's old boys include Captain Hook and Marwood (the ‘I' in Withnail and I), but in the end the title goes to: ‘In 2008, a lorry driver trying to deliver 12 barrels of lager to a pub called the Windsor Castle accidentally delivered them to Windsor Castle.' Nevertheless, if I'd put in every discovery the book would still not be finished even now.

As usual the sights and sounds of modern Britain made the research a joy. In Manchester I overheard a student telling her friend ‘my mum is so hormonal at the moment', while in Wales there was the Café Carousel, mis-spelled to start with and then missing its ‘C' so it actually reads ‘Arousal'. I learned that the leather for Lady Penelope's limousine in Thunderbirds came from the same firm that covered the benches in the House of Commons, that the toothbrush was invented in London's most notorious prison and that Bricklehampton is the longest placename in Britain not to repeat any of its letters. Plus there was time to delve into the history of the Royal Mail itself - for example have you ever noticed that the Queen is wearing a robe on our stamps? It was added at her own request, as she felt bare shoulders would look indecent.

‘Turns up trivia at every stop.’ BBC Radio 4

‘I didn’t know post could be so interesting.’ The One Show

‘Almost every page contains at least one thing that you’ll be itching to startle your friends with.’ Reader’s Digest

‘Mason is an entertaining companion.’ Wanderlust

‘All sorts of knowledge.’ Choice