A Journey Round Britain's Quizzes

History, trivia and the odd pint 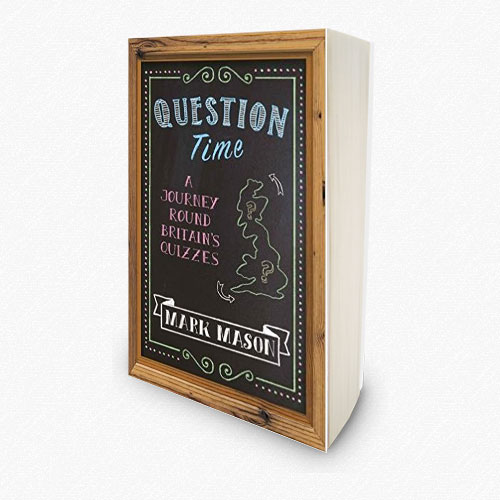 That noble British institution - the quiz. Tootling round the country to attend them was great fun, from a pub quiz in Edinburgh to a corporate quiz in Birmingham, from a charity quiz in Hampshire to a journalists' quiz in Parliament (a redefinition of the word ‘competitive'.) I learned all sorts of things: Napoleon had a morbid fear of cats ... Doritos were invented at Disneyland ... the standing long jump is a condition of entry to the Brazilian police. Men have to do 2.14 metres, women 1.66 metres.

The trips revealed a lot about what makes a good quiz question. Silly can work: ‘Barry Manilow had a hit with “I Write the Songs" - did he write that song?' (You can't possibly know it - the fun's in the guessing. As it happens he didn't.) Then there are the ones that sound difficult but aren't: ‘Ingvar Kamprad grew up on a farm called Elmtaryd near the village of Agunnaryd in Sweden. Which firm did he found in 1943?' If you're stuck, write down his initials followed by those of the farm and the village.

And that was just the stuff I learned from the quizzes themselves. There was also plenty of delightful trivia about the places I went to. Did you know, for instance, that the Balmoral Hotel in Edinburgh keeps its clock three minutes fast, to help people catch their trains at the station next door? Or that the Eb of the bell in Nottingham's Council House is the lowest note of any bell in Britain?

If you didn't, remember it for the next quiz you go to.

‘Mason's signature bouncy style manages to keep what could be niche subjects totally gripping and he guides us around the country while he is at it ... This is the one I will be giving to everyone for Christmas.’ Daily Mail

‘A must-have book for any quiz-lover ... Mason weaves funny anecdotes with local trivia in a witty account of his trips round these isles.' The Times

‘A charming and proud observation on the cherished institution of the quiz ... Mason's thirst for knowledge is infectious.' Always Trust in Books blog