The backhands of time

How tennis got its scoring system from the clock

As you watch the games rack up at Wimbledon this week, do you ever wonder why the scoring goes 15, 30, 40, rather than 15, 30, 45? I remember watching my first ever game as a child, confused as to why a player's third winning shot was deemed less valuable than their first two. One of those things you just learn to ignore - but it turns out there's a very timely explanation ... 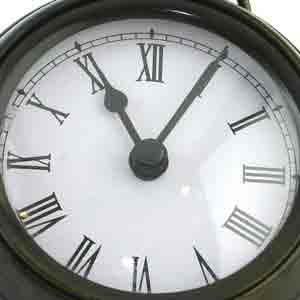 It all goes back to the game's origins in medieval France. Computerised dot-matrix display boards being something of a rarity back then, the score was kept by moving the hands of a clock. Your first point got you to quarter past, your second to the half hour, your third to quarter to, and when you finally got back to the top of the hour you'd won the game. These first three scores, then, were given the values 15, 30 and 45.

But then the rule was introduced about having to win by two clear points. So the 45 was moved back to 40, and the new ‘advantage' point was inserted at 50 (or ten to the hour). The word ‘deuce' (40 all) comes from the French ‘a deux le jeu', meaning ‘to both the game' - in other words the scores are level.

‘Love', meanwhile, derives from ‘l'oeuf' - because a zero is egg-shaped. Very similar to the explanation for the term ‘duck' in cricket - a batsman who gets out without scoring has just earned himself a duck egg.