The Bluffer's Guide to Bond

Your one-stop crib to the world’s greatest secret agent 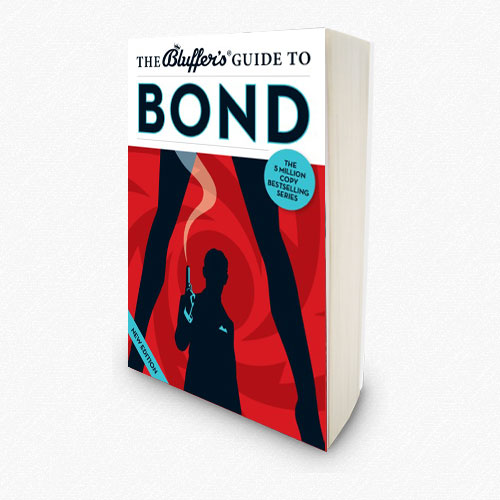 This was published in the year Daniel Craig took over 007 duties, and it was a real pleasure to be able to pick up on the ‘darkness' that the producers reintroduced into the character. For years I'd been saying that Ian Fleming's morally complex novels were hugely better than the lightweight, gadget-ridden corn-fests that the films had become. Thankfully Craig's ‘Casino Royale' was more along these lines.

The book is peppered with Bond trivia: his aftershave was Floris No 89 (the number coming from the Floris shop's address on London's Jermyn Street) ... an early title for Moonraker was Mondays Are Hell ... In the film of Dr No, Ursula Andress (she of the white bikini) had her voice dubbed by another actress. This book might not leave you shaken but it could leave you ... No, I'm sorry. Don't know what came over me.