A London obsessive sets out to capture the city once and for all – by walking the entire Tube system overground. 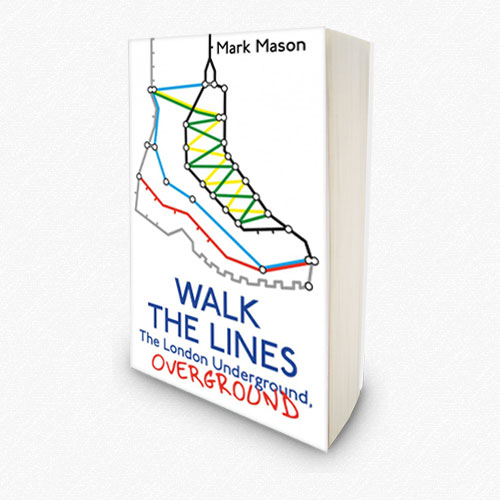 For years I'd dreamed of writing a book about London, a city I loved and which had been my home for over a decade. But how could I cover such a well-worn topic in a new way? It had to be a walking book - that's the only way to really engage with a place. Then one day, staring at the Underground map, the answer hit me: walk the route of every Tube line, at street level. It was a joy to do: 403 miles of observation, eavesdropping and musing.

There was the man in Walthamstow on his mobile: ‘It'll be an hour and a half before I'm in Romford, Matilda - if you're going to have a bath, have a bath now'. The van near the Edgware Road: ‘Stephen Fry Plumbing and Heating Ltd'. I learned that London cabbies traditionally do their first fare for free, that James I kept elephants in St James's Park (allowed a gallon of wine per day each to get through the English winter) and that the Monument killed more people than the Great Fire.

More than one reviewer has said that if you like Bill Bryson, you'll like this. That's very kind of them - all I know is that if just a tenth of the fun I had researching the book comes through on the page, it might be worth a read.

‘Mason rediscovers the Underground.' The Times

‘Fascinating and entertaining ... Mason may have made himself the Bill Bryson of our capital city.' The Bookseller

‘I was charmed by the book's profusion of insightful anecdotes and fascinating trivia.' Walk Magazine

‘This engaging book puts its best foot forward with fascinating detail.' The Independent